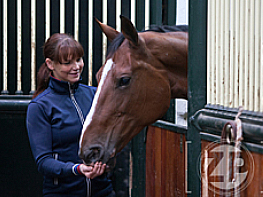 Over the years Liseon has trained and competed with several horses from L-level to the Grand Prix. Her experience with training and preparing horses mentally and physically for the higher / professional dressage levels is tremendous. Several years ago Liseon also competed in Jumping (ZZ level) and Eventing (Z level).